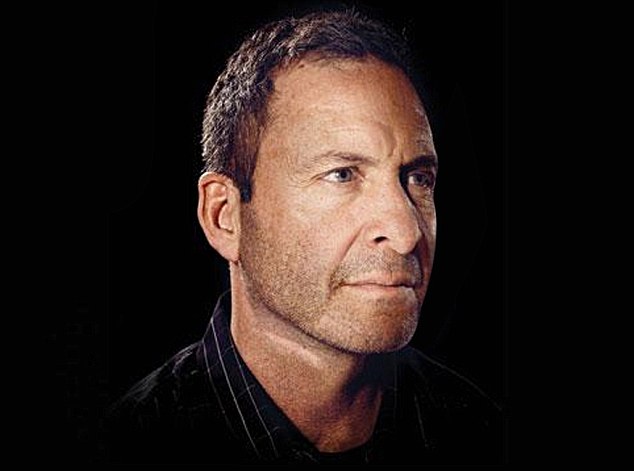 Clint Malarchuk: former NHL goalie. Not just any goalie, but the one who experienced a horrific accident in 1989 when he had his neck sliced by a wayward skate during a game and almost died on the ice. And the one who was back in net just 10 days after that injury and became the toast of the town for his cowboy toughness.

Many times, I’ve asked people if they know of him and the most common response from those who do is a finger slid across their necks. That injury has come to define him.

But what came before that and after that is also part of what makes him who he is. Struggles with anxiety beginning in childhood, a diagnosis of obsessive compulsive disorder, overwhelming depression, nightmares, flashbacks, alcoholism, a suicide attempt, post-traumatic stress disorder (PTSD). Clint’s life and journey are extraordinary, and yet when he shares his recovery journey, he is a man – a son, a brother, a dad, a husband – experiencing what so many of us living lives that may not seem so extraordinary face when struggling with mental health and/or addiction concerns.

Clint has become a great friend of ours here at CMHA-HRB and spoke at our Annual Mental Health Week Speaker Series back in 2015. You won’t meet a more genuine guy, and he shares more great messages about recovery and care than we can count. Here are a select few that we’d like to highlight:

Clint shares a story about a man named Frank with whom he was in a mental health hospital. Frank was upset one night and calling repeatedly for a nurse who was not responding. Clint sat with Frank and held his hand – was just present with him – and Frank was able to relax and fall asleep.

Sometimes it’s simple things like this that we can offer, and accept, to make the journey a little easier, even just for a few minutes. That can be enough to show caring and help someone to keep going.

When Clint was receiving treatment for his addiction and mental health concerns, he and his wife Joanie made a point of building their knowledge about what he was experiencing. Resistant to his diagnosis of PTSD at first, Clint came to accept it after reading about how animals respond to trauma and seeing that it related to his own experiences. Joanie attended family groups and built strategies for supporting Clint and herself that helped them communicate and move forward.

Knowledge can indeed be power and a big part of recovery.

The Person vs. The Illness

This one comes from Clint’s wife, Joanie. Over time, she was able to do what can be very challenging: separate what was Clint from what was his illness. When he was struggling and angry, and reclusive, she says friends and neighbours told her that she should leave him, that he would never change.

Joanie knew better. Clint was sick, and he and their relationship could recover with the right help. Clint is very honest when he talks about what he said to Joanie right after he attempted suicide: “See what you made me do?”

He’s ashamed of that, he says, and adds, “That was the illness talking.” It was the illness that made him blame the person who had always loved and supported him. Joanie knew that and stuck with him, and Clint calls her “his saint”.

You work on your recovery every day

Recovery is a lifelong journey, and Clint focuses on what he can do to stay well each and every day. He works out, regularly attends Alcoholics Anonymous meetings, sticks to his treatment plan, and is comforted by his spirituality. Being of service by speaking to groups and supporting others is also immensely rewarding for him.

Recovery doesn’t mean always being symptom-free. It means having a meaningful life even if you still have symptoms of your illness. It’s not only possible, it’s expected if you get the right help and support.

Clint…you’re a survivor for so many reasons. Thanks for all you do.

Previous Post: « The Origin of the Canadian Mental Health Association
Next Post: “It’s about the 1 in 1…” Justin’s Podcast »